It's not true. OK, so I'm just another guy on the internet, but I've had the privilege of getting backstage on more than a few separate occasions for both Tool & APC. I am somewhat well known taper, been to 103 Tool shows, and 50+ APC shows, 20+ Pusicfer shows. I've got the passes to prove it, I was even given one of the Maynard harem passes because they were out of the standard ones. I also have had 2 female friends (age 20 & 23 at the time) pass muster and get to sleep with Maynard and have gotten all the details. One ended up being a repeat contact because she lived in LA and could participate with him there when off tour.

1. First off, there is and was no blonde heavy set woman who acted as his handler for this. Women do receive special passes, but they were handed out from his all male security staff.

2. The security staff checks IDs. If you are not of age, you do not get to go backstage. 17, though "legal" in some states, does not make the cut. Full stop.

3. Passes for Maynard are different than the normal backstage pass for the show. A couple examples I can think of (and one I own that I received personally when they were out of normal ones) has a [collage of women in KISS makeup sucking dick or other sexual acts.] 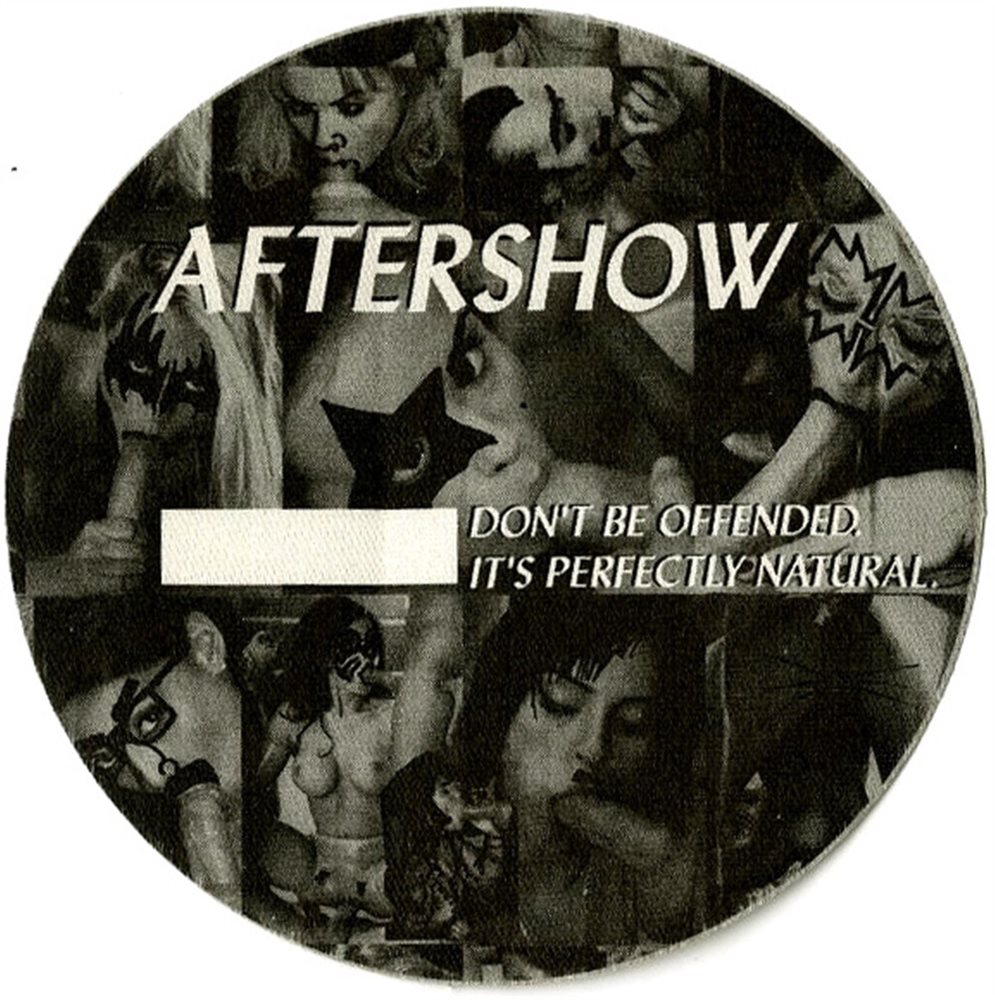 An APC one had a picture of Maynard in Roman garb that said "Have you serviced your gladiator today?" or something similar. There are no illusions about what you are there for.

4. All backstage people are brought backstage to 1 or 2 rooms. Sometimes the Maynard groupies are brought to a separate room. It's never 1 woman alone. The smallest group I saw was 5 or 6 women, but could be up to 20. Maynard makes an appearance in the room, might make some chitchat, and then leaves. His security staff will then approach whichever 1 or 2 women that Maynard has selected for the night and tell them that Maynard would like them to come back to the bus or the hotel for the night.

6. After the act, both women had nothing but good things to say about him and about the security staff (Making sure they were OK to leave the area and had some transportation as they left).

So you take those 2 accounts, and also what I saw happen in general with the process other times backstage, make the accusers account incredibly hard to believe. For the guy down below in the thread who's girlfriend was weirded out for not letting her BF backstage with her, I hope you understand by now that Maynard does not and will not meet normal Tool fans. Never. Has he appeared at any of the Tool clinics? No. Has he ever appeared at any of the APC VIP events? No. I only met him once backstage and he was not thrilled with my concert total. Actually told me that I shouldn't see them that many times. The meeting only happened because I was in with a group of family for another person on the crew. I haven't been backstage since he's been married, so I don't know if his groupie whoring has continued. I don't think he should be demonized for this behavior. Yeah it sucks that he doesn't want to meet the casual fan to have them gush over his music, but it doesn't make me want to listen to them less.